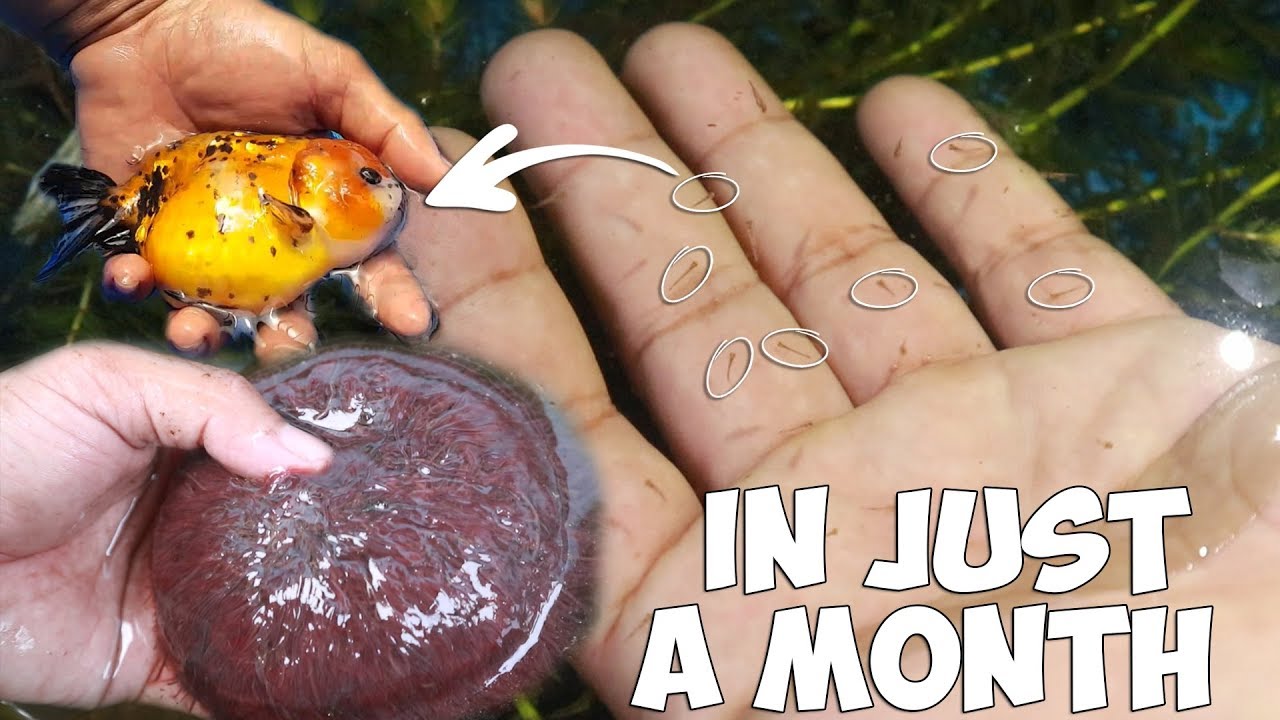 Many have asked, “hey Dexter, what did you feed your fish with?” Here's a secret revealed to growing fish faster .

A balanced diet for your aquarium fish is essential to their survival. Most of the commercially available dry fish foods are almost always unbalanced. In many cases, the vitamin content will gradually decline at room temperature and since majority of the commonly used dry food for tropical fish will only be kept for about three months, it is always advisable to buy fish-feeds in many small packs rather than in one large pack.

The feed could preferably be kept absolutely dry in a refrigerator. However, all fish appreciate a change of diet and will thank you for your consideration with more interesting behavior, better colors, and greater readiness to breed and better general well -being. This change of diet should be supplemented with live food; majority of which now come in irradiated freeze dried forms to make sure that they are disease free.

I will mention a few that could be found handy in some major aquarium shops and I will group them into two. And they are flake foods and freeze-dried foods

You will also find freeze-dried foods available in aquarium stores. They are favorite foods for aquarium fish. They have single animal-ingredient like mosquito larvae, blood worms and Tubifex worm each. Aquarist should note that freeze-foods are not in themselves complete diet but they can be combine to flake food or other type of freeze-dried foods.

We shall discuss more about Tubifex as a popular freeze-dried food. This fish food is the one I have been feeding the fish with. This one is a great food and can also be cultured.

TUBIFEX – This is a traditional favorite food relished by most fishes. They are small red worms that live at the bottom of streams and rivers particularly where large amounts of organic matter are present. Therefore, it is difficult for the aquarist to collect them life from their habitat. It is therefore preferable to buy Tubifex from pet shops where they are already clean, freeze-dried and concentrated into cube forms. But, like I said, you can also culture this kind of worm.

From personal experience, Tubifex tubes could probably be the most exciting feed to use for fishes. My technique of feeding this kind of food is like this- a bunch of tubifex worm is placed in the tank and the fishes in the tank will immediately come forward and bit off pieces of worms excitedly until satisfied. This kind of feeding is safe for them unlike feeding them with the entire worm which is larger than their belly.

You need not bother to remove the rest worms since they seldom pollute and in most case fishes return to the feed for further fill. They can thrive even in a tank without oxygen because they feed themselves with fish dirt.

So there you have it guys, the secret revealed. If you want to know how to culture tubifex worm, you can check the video on our youtube channel.

Fish foods are also available in our store, you may check out our website for the items you need. 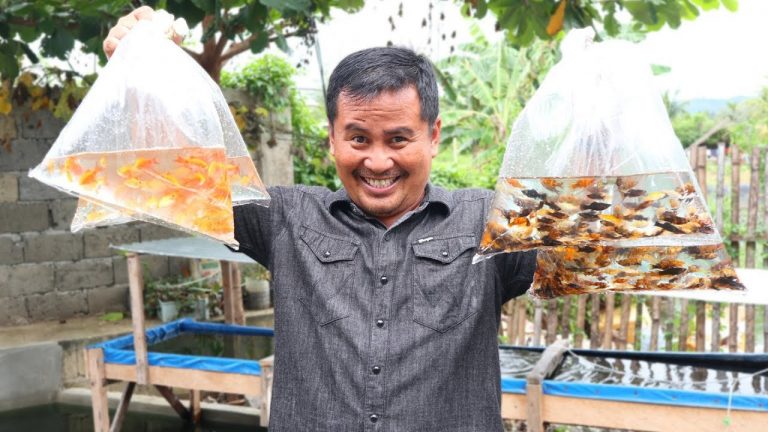 One reason I am always fascinated with fishes is that, they are so attractive to look at. Their colors, shapes and style differs from each other but that uniqueness made them a whole lot adorable. Today, I’m gonna show you a group of multi-colored mollies as I transfer them in a tank. The box filled…

For almost 20 years now that I have been keeping different variety of tropical fishes and maintaining fish tanks. I have always been delighted when these fishes seemed to respond by swimming close to my finger when I try to get their attention. Ahh….the joy and heartaches of keeping tropical fish. The joy comes from… 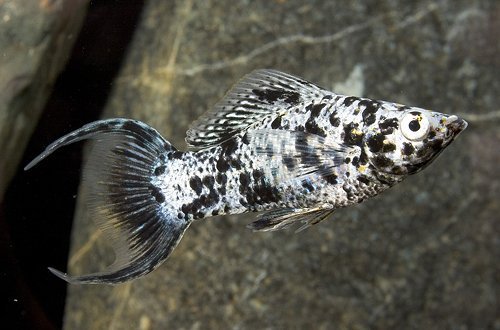 It’s another beautiful day in this side of the world and I have the luxury of time to attend to my fish because it’s a holiday in the Philippines. In the past video that we had we, made mention about how to breed Japanese Koi, Black Moore, Oranda and all about egg layer fish production…. 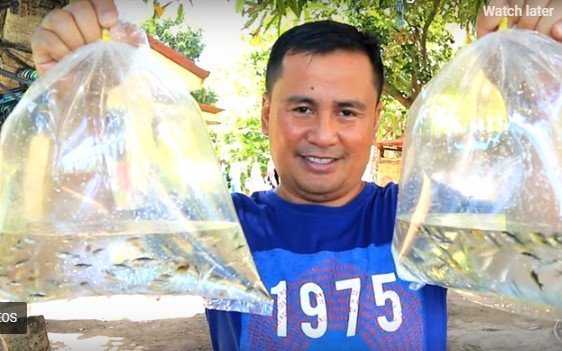 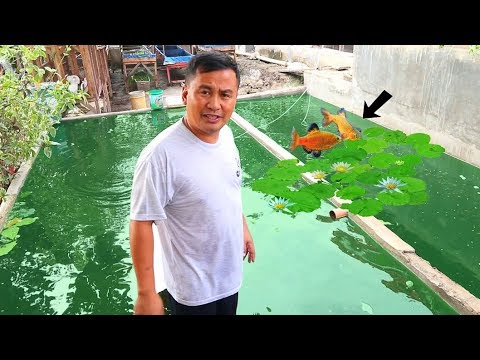 After doing some not-yet-so- final touches in my tanks, I did some cleaning and pruning of tree trunks as well. This is in preparation of some future plans I’m going to make in my backyard farm. Fortunately, while I was recording, I saw this rosy barb female being chased by the male, this is an… 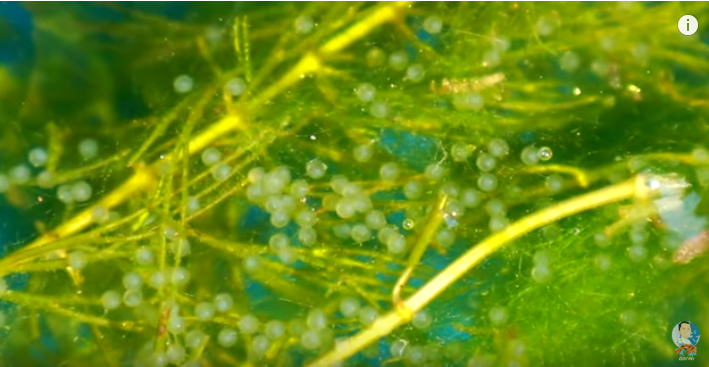 Hi there fish keepers around the globe! Have you been searching the internet lately for some tips of successful fish farming and fish breeding? Oh yes! New ideas are just within our reach today. Today’s blog offers all our readers more than just an idea. Everything I shared with you guys are all based from…